This group photo of my father's flight crew shows creases from handling by his five young children and, later, by their children. Daddy didn't talk about his war experiences, with few exceptions (there was a wonderful story about shooting the King's pheasants with side arms), but we were allowed to look at his mementos. We studied them very hard, sometimes too roughly it seems.

The back of the photo lists the names and positions of each crew member in my dad's handwriting. 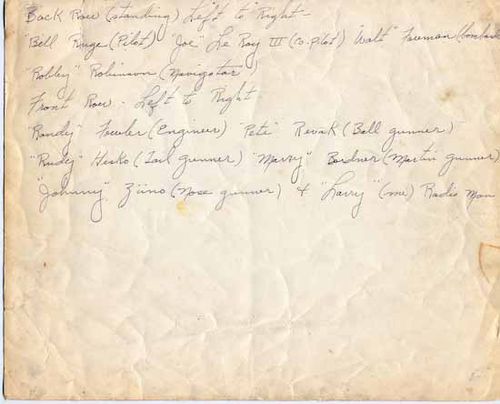 Back row (standing), left to right

A couple of years ago, I discovered a memoir by Bill Ruge, the pilot, listed in the holdings of the county archives in Norwich, Engand. I'd say that would be worth a trip just to read his account of this crew's 31 missions out of Seething Air Field.

My father's European travel photos, circa 1945: a Memorial Day tribute 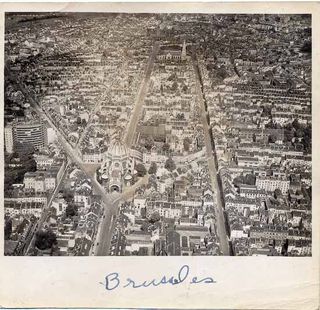 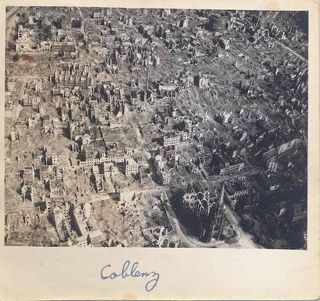 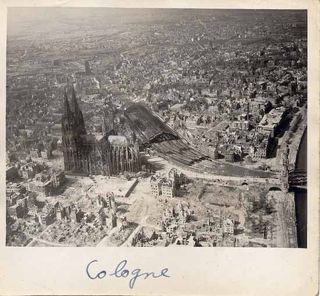 For Memorial Day, in honor of my dad's World War II service in the 448th Bomber Group of the Eighth Army Air Corps, I am sharing some of the photos he brought back.

No one in my ancestral family ever took the Grand Tour. On one side, my people were such recent emigrants from Europe they had no desire to go back. On the other side of the family, their sea voyage to these shores in the 1600s must have ended all future dreams of international travel.

I guess I did have a role model for my travel dreams. From the time I was a small girl, I knew my dad had been to England during the war, stationed in the town of Seething near Norwich. Although he never talked much about his wartime experience, he allowed me to study these aerial photos at length and picked out for me the various landmarks.

I'm only just beginning to understand how deeply my father's life was influenced by his war experience.  As the radio operator on a B-24 bomber dubbed Jokers Wild, he flew home on the same aircraft in which his crew carried out their numerous missions, with all crew members accounted for. The odds against that were huge, given the casualty rate in the 448th.

My father completed 30 missions over nearly 8 months in the European Theater of Operations. As he and his crew were en route to their 31st mission, the war in Europe ended.

His flight crew is pictured below in what looks like a staged photo. My dad, Lawrence Schoeny, is standing at the center of the group. 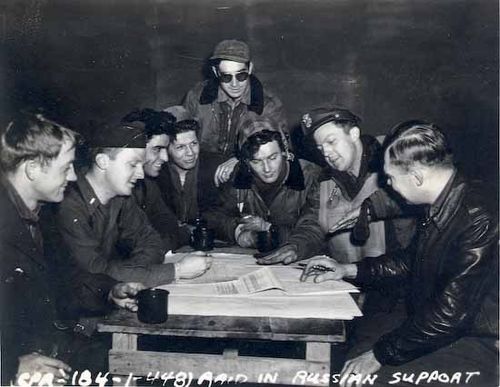 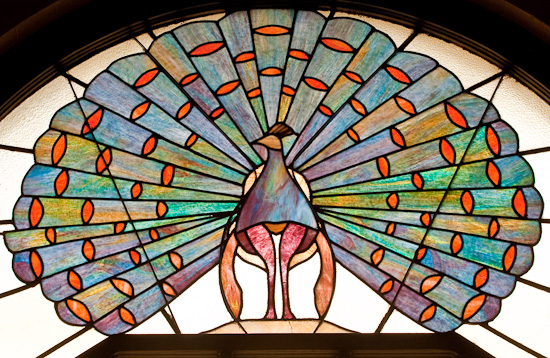