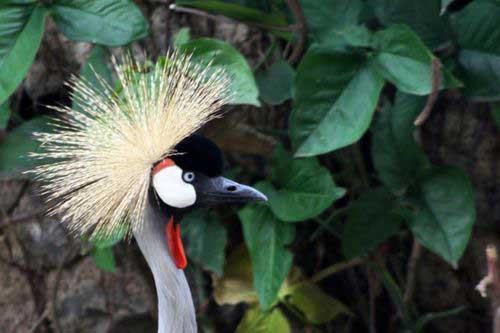 Note: This is Sandra's January 22 report from Goma. Next stop on her itinerary is Bukavu. I am anxiously awaiting more news.

Goma in Eastern DR Congo has a frontier town feeling. Beautifully situated on Lake Kiva, one of the African Great Lakes, and the Micumba Mountains, this eastern border town lies along the Great Rift Valley where many of the African Great Lakes are found as well as many active volcanoes. The most active volcano in Africa, Mount Nyiragongo, sits to Goma’s north. In 2002, lava flowed through the center of town for the fourth time in a century. Some buildings that were two-story are now one-story with basements. The lava rock is everywhere and is used for building walls and making into brick. Many of the roads are just lava rock, and this makes for quite a bumpy ride.

It is easier to come here through Rwanda whose border is only ten minutes away than to travel from Kinshasa, and many of the aid workers here never get to the capital as they enter and exit through Rwanda. For me to get here, I had to leave my home at 5 a.m. in Kinshasa for a 9 a.m. UN flight. That morning there were three flights, one to Goma, one to Bukavu, and another on which only UN troops flew.

The UN troops were from many different countries and they all wore their own uniform with a flag patch and name of their country on the left arm and a UN patch on their right arm and the UN blue hats. They were from Guinea, Paraguay, Pakistan, Israel, India, and elsewhere. I would have loved a picture of a Pakistan soldier sitting for some time talking to an Indian soldier. Their disputes are set aside when they work for the UN.

Two and a half hours after we boarded, we set down for an hour at the UN base in Kalemie, formerly known as Albertville and that name is still on one of the airport buildings. As Albertville, it was a 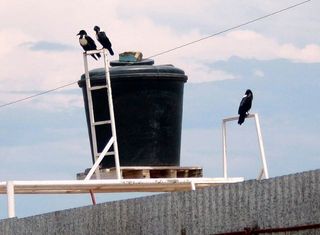 thriving railroad terminus connecting to Tanzania and the Indian Ocean. Because of this, it was also an ideal staging ground for the rebel armies during the 1990s. Much of its infrastructure was destroyed by a 6.8 earthquake in 2005. Today, it is mainly populated by locals, NGO aid workers and UN officials. The locals still fish on Lake Tanganyika which is the second largest of the African Great Lakes and very, very deep. Kalemie had little to offer as it was hot and dry. The only excitement for me was a trio of pied crows in formal wear.

From there, it was an hour flight to the cool, verdant mountain area of Goma. As we flew lower for landing, I saw many beautiful houses and hotels situated on the lake, and the colorful houses gave it a party atmosphere. 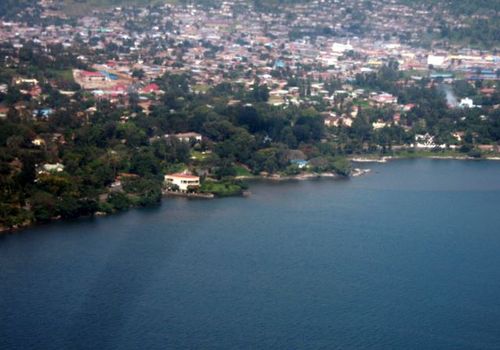 Upon our arrival, all I wanted to do was take a shower and have a nap as the trip was exhausting, but my energy perked up as I took in the sights of the people and the town.

Just as we entered town, a colorful funeral was in progress at the local cemetery with well over 200 people in attendance. I began to see women and men in more traditional dress. The women had infants tied to their backs with shawls and carried huge loads of fruit and other things on their heads.

I then saw the most amazing wooden bikes made out of a tilting plant with a wooden fork and handle bars and wheels cut from rounds of trees. They were used by young boys to cart incredible loads around town. Often, the boys would stand on the rear of the plank as they whizzed down an incline. I was told the bikes were invented and made here, but have caught on throughout the area. There were also similarly made wooden wheelbarrows that carried very heavy loads.

Goma is a prosperous looking town with many buildings and houses being built and the people seem to be quite industrious. They have the most amazingly fresh vegetables and fruit and I have been eating my fill. There are a number of lovely hotels, even though the area is sometimes not safe because of the rebels, and there is a huge, thriving tourist industry.

Virunga National Park, declared a UNESCO World Heritage site in 1979, is one of the "must sees" of Africa. It is home to two of the most active volcanoes in the world, the last remaining population of mountain gorillas, and a mountain range that has the only glaciers in Africa. It is also the only park populated by three of the four great ape species—the mountain gorilla, the lowland gorilla, and the chimpanzee. All of the apes are endangered because of poaching and because of the influx of refugees from local hostility and from Rwanda during its genocide. 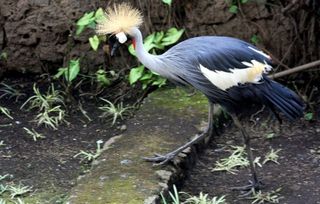 My room in the VIP Hotel is lovely and I have very interesting neighbors, two grey-crowned storks who make their home in the garden. They are quite shy and it is hard not to want to go toward them to touch them as they are majestic and beautiful. They stand about three feet high and their heads are topped with a golden crown that one of my colleagues dubbed toilet bowl brushes. They visit that same colleague regularly by climbing her steps and greeting her when she opens her door (and leaving her presents). She says she is never sure who is the most scared, but that what she hates the most is that when she is returning to her room and they are up there. She is afraid to shoo them off and has to ask for help.

My first night here, I ate Capitaine (Nile Perch) and loved it as much as the first time. I thank my former Togo Peace Corps friend for telling me I had to have some if I found it. It is throughout much of Africa and quite delicious. It’s a shame we do not have it in the United States as it’s a lovely big fish.

There recently was an outbreak of cholera because of bad hygiene and tainted water. Many children die annually because of diarrhea from not drinking clean water and using appropriate hygiene. The easy part of the project is building the water and sanitation facilities which includes chlorination of the drinking water. The hard part is changing people’s habits. Using a restroom or washing our hands is second nature to us. The hard part is getting someone to walk for two or three blocks to use a latrine instead of using the ditch right by the field.

Building the facilities, then, is not the hard work. Changing people’s behaviors are the most difficult, often the area most overlooked, and the area in which the project will have an impact on people’s well being.

Over the weekend, I will catch the ferry to Bukavu and a two-hour ride down Lake Kiva, which I have been told is wonderful. 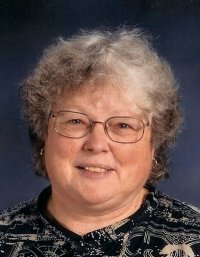